Head coach Mike SmithOn the Jets defense being a 3-4 defense but can sometimes show some 4 man fronts:

"Anytime Rex works with a defense and coordinates a defense, it's very multiple.  He has it based out of a 3-4 in terms of what is in the depth chart, but they can line up in 4-3, 3-4.  They have a nickel package, they have a dime package, they'll even have a quarter package.  It's very multiple, but it is based out of a three down set.  Their front seven is very good.  As I said yesterday, they have four first round draft picks in their front seven."

On it being a challenge for his lineman to morph in and out of those fronts:

On Osi Umenyiora over the first quarter of the season:

"I think Osi has showed a lot of leadership to the young guys on our football team.  He had a really impressive game against the Miami Dolphins, in terms of rushing the passer.  I think he has been really solid as a run defender as well."

On communication when you have so many moving players on defense:

"It probably is just as important, and it is probably going to be a little bit more difficult on the defensive side of the ball, simply because we are going to be dealing with crowd noise, which will make it a little bit more complicated.  We also have some new pieces that will be playing, that haven't been with us as long as some of the other guys, so we're going to have to make sure we have a package that fits our least denominator.  What I mean by that is the guy that has been around the least amount of time.  We are going to have to make sure we're on top of what we are asking our guys to do."

On how Tony Gonzalez has handled the bracket coverage:

"Well, that is something Tony is used to getting a lot of resources.  I thought that for the double coverage you saw last week, he had a pretty darn good game.  Tony is hard to stop, and he's been doing it for a long time, so he knows all the tricks." 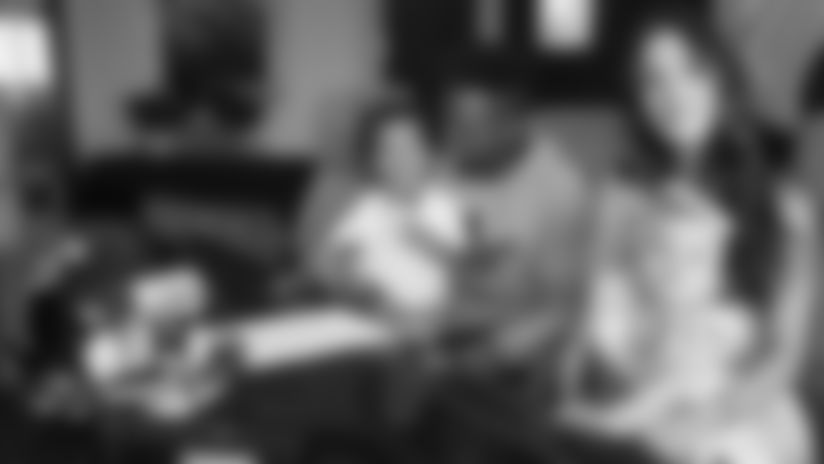 Atlanta Falcons safety Ricardo Allen has launched a podcast with his wife, Grace. Get to know the player and his family with each episode

Atlanta Falcons wide receiver Calvin Ridley took time during the week of his birthday to celebrate the historical victory of an Atlanta high school golf team.

2019 NFL Combine: Position-by-position list of all the players attending

Early Bird Report 6/7: The Falcons defense is setting the bar high for 2018

Today's Early Bird Report includes expectations from the Falcons' defensive players on what they're capable of as well as punishment for the Baltimore Ravens.

McKinley turned in a promising rookie campaign, and he could be in line for a bigger role in his second season.

Steve Sarkisian on entering Year 2 with Falcons: Difference is night and day

The defense is improving on and off the field; Calvin Ridley continues to impress and other takeaways.

SFTB: How much is No. 4 pick worth? Trade scenarios, Quenton Nelson, Matt Ryan, drafting a RB

Advertising
The browser you are using is no longer supported on this site. It is highly recommended that you use the latest versions of a supported browser in order to receive an optimal viewing experience. The following browsers are supported: Chrome, Edge (v80 and later), Firefox and Safari.